We were recently very grateful to be invited to a Climbing Competition through a link given to us by a parent of one of our very keen Climbers. The Competition was hosted by Bredon School and was located at the Redpoint Centre in Worcester. The team were selected from students who had recently completed a climbing course as part of our GCSE PE course in Llangorse and those students who we knew already climbed regularly, this was a strong team.

The competition was split into 2 parts, Bouldering and Roped Top Climbs, which included a speed climb. The format used for the first of its kind schools competition was designed to mimic the Competition structure to be introduced in the 2020 Olympics.

We were drawn to compete in Bouldering first and even our team captain found some of the problems challenging, she regularly competes in national competitions and had already given the team some top tips. The team set about completing the problems and picking up bonus points where they could. After 1 and a half hours it was time for lunch, all teams except ours stopped for lunch, the Weobley team negating  a break carried on competing. A lunch break to recover was then enforced by myself to allow for rest into the afternoon.

The teams attitude remained positive into the afternoon, even though the going got very tough as the difficulty of climbs continued to increase.

​Overall out of 9 Schools the team finished 2nd in the points score overall. Our team captain won the overall points score for girls. This was a very impressive first event, very well organised and we would like to extend our thanks to Bredon school for organising and inviting us. 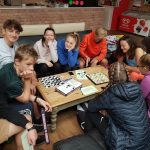 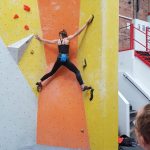 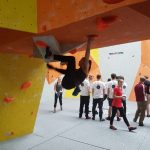 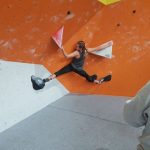 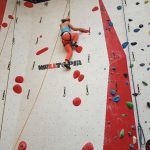 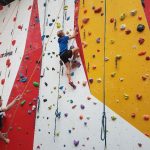 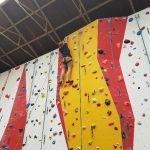 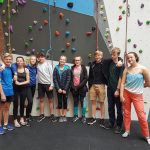 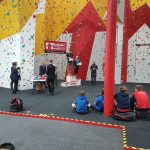 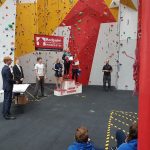