The school has a House System which is used to subdivide the school for competitive sports and for other types of competition. 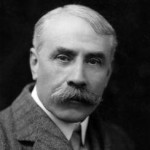 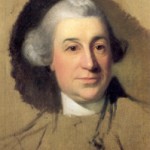 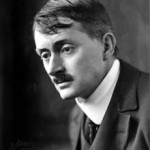 Sir Edward William Elgar, 1st Baronet OM GCVO was an English composer, many of whose works have entered the British and international classical concert repertoire.

David Garrick was an English actor, playwright, theatre manager and producer who influenced nearly all aspects of theatrical practice throughout the 18th century, and was a pupil and friend of Dr Samuel Johnson.

William Godwin was an English journalist, political philosopher and novelist. He is considered one of the first exponents of utilitarianism, and the first modern proponent of anarchism.

John Edward Masefield, OM was an English poet and writer, and Poet Laureate of the United Kingdom from 1930 until his death in 1967